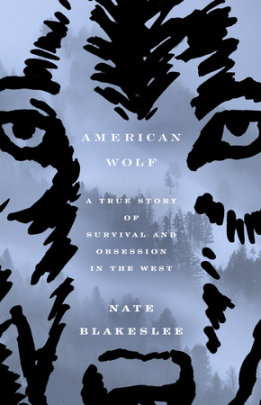 Before men ruled the Earth, there were wolves. Once abundant in North America, these majestic creatures were hunted to near extinction by the 1920s. But in recent decades, conservationists have brought wolves back to the Rockies, igniting a battle over the very soul of the West.

With novelistic detail, Nate Blakeslee tells the gripping story of one of these wolves, a charismatic alpha female named O-Six for the year of her birth. Uncommonly powerful, with gray fur and faint black ovals around each eye, O-Six is a kind and merciful leader, a fiercely intelligent fighter, and a doting mother. She is beloved by wolf watchers, particularly Yellowstone park ranger Rick McIntyre, and becomes something of a social media star, with followers around the world.

But as she raises her pups and protects her pack, O-Six is challenged on all fronts: by hunters, who compete with wolves for the elk they both prize; by cattle ranchers who are losing livestock and have the ear of politicians; and by other Yellowstone wolves who are vying for control of the park’s stunningly beautiful Lamar Valley.

I thought this book would have been a little more boring but it was actually told in a really cool way. It never felt like I was reading some boring historical novel about how the wolves are in Yellowstone park. I’ve not had the chance to visit the park but I’ve always wanted to and tbh, this book has made me want to go even more. The way everything is described is just amazing and I really enjoyed the writing style. I will just say that it isn’t the best book to sit and read in one sitting because it might get a tad bit boring.

I really loved that the book followed a female wolf that wasn’t conventional because it really showed how wild wolves are. I mean I knew that of course, but it really showed how unpredictable they are and that they don’t follow any rules. She was really interesting to read about and I found myself hoping everything would work out for her because she was just so cool.

I would really recommend this book to anyone who loves wolves because it really gets you in the mood to go looking for wolves. While reading this, I could picture myself going out into the middle of nowhere just to sit and watch the animals do what they do. This is also a really good coffee table book because it is beautiful and you can just pick it up to read parts of it every so often.

There was an error retrieving images from Instagram. An attempt will be remade in a few minutes.